A colaborative Wiki about the popular comedy series that ran on NBC from 1997 to 2003. The show follows the staff at the fictional fashion magazine Blush. The show originally centers on Maya Gallo, played by Laura San Giacomo, a feminist writer, who reluctantly takes a job at the glamour magazine, owned by her father, the Donald Trump-like Jack Gallo played by George Segal (who in the story has a rivalry with Donald Trump). The cast includes womanizing (and usually over-sensitive) photographer Elliot DiMauro (Enrico Colantoni), and the heavy drinking and sexually promiscuous ex-model Nina Van Horn (Wendie Malick). 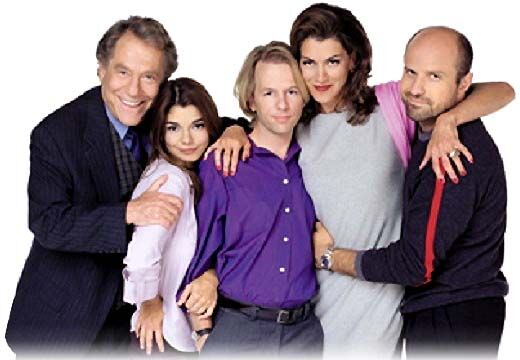 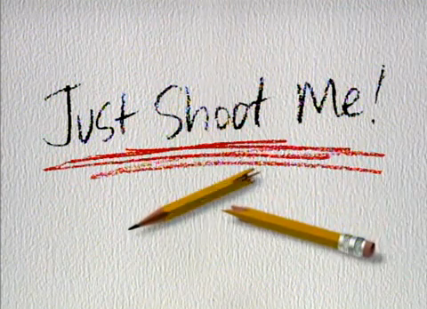 About Just Shoot Me! Wiki

Welcome to Just Shoot Me! Wiki, the Wiki about the award-winning TV series. It is a work in progress for the television series, Just Shoot Me!, and all the media/merchandise that spawned from it. Pages are being added fast, and all contributions are wanted and encouraged.

To write a new Just Shoot Me Wiki article, enter the page title in the box below. 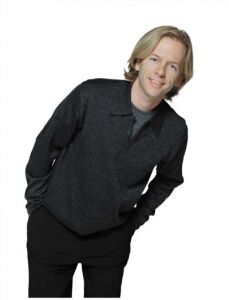 Dennis Finch, often referred to as simply "Finch", was portrayed by David Spade. Born in Albany, New York (of Norwegian ancestry), Dennis attended Hudson River Junior College where he joined the cheerleading team. In general, Finch has been described as “a self-centered horny pig who’d stop at nothing to get laid.” He is discovered to be well-endowed but does not realize this until Jack and Elliot bring it to his attention; they react with disgust when Finch says he always believed he was merely "a little above average." Surreptitiously, Dennis writes articles for the “Dear Miss Pretty” advice column. Dennis used to compete in figure skating, as revealed in the season 3 episode, 'Softball'. 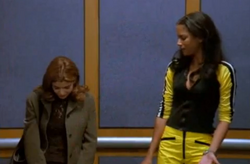 The Devil and Maya Gallo is the second episode of the first season. Maya begins working at her father's magazine. Her father buys her a ton of gifts and gives her a great new office in which to work. Maya is thrilled, until she analyzes her father's motivation.

Not sure where to start?

IMPORTANT NOTICE:
Some of the articles for the episodes are missing much
needed information. As a contributor to Just Shoot Me Wiki, make
it a priority to fill those articles with the appropriate and needed info.
Community content is available under CC-BY-SA unless otherwise noted.
Advertisement